The Photonics Market is segmented by Application (Surveying and Detection, Production Technology, Data Communication, Image Capture and Display, Medical Technology, Lighting, and Other Applications), and Geography.

The photonics market was valued at USD 686.86 billion in 2019, and is expected to reach a value of USD 1,080.3 billion by 2025, at a CAGR of 7.89% over the forecast period (2020-2025). The trends in photonics, such as lidar or additive manufacturing are rising. Lidar technology has been used for decades to analyze the distribution of gases and pollutants in the atmosphere. It has become a crucial technology for autonomous driving in recent years. 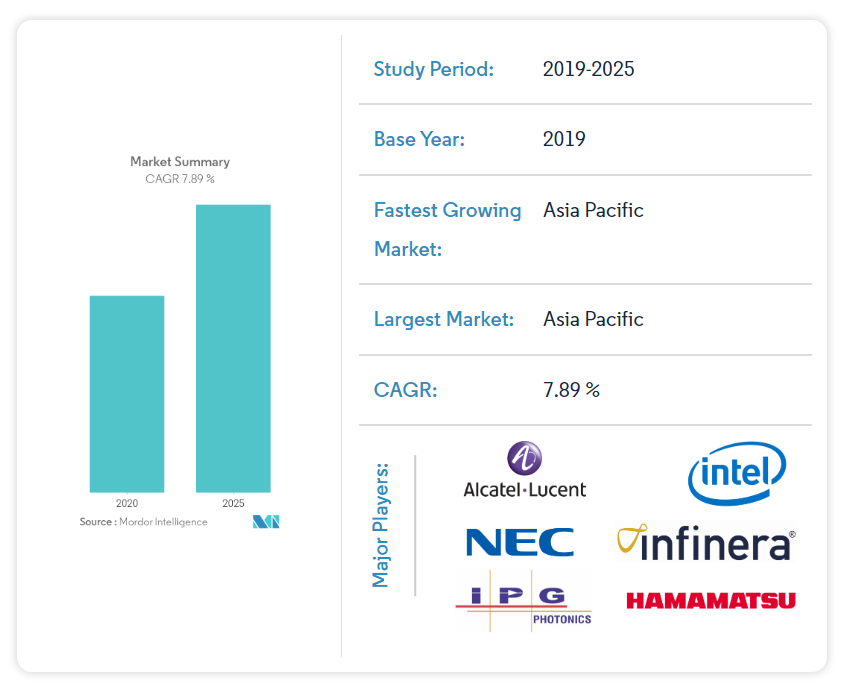 Photonics is an area of study that involves the use of radiant energy (such as light), whose fundamental element is the photon and waves that can be used to cure diseases, explore the universe, and even solve crimes. The advancements in the photonics market have been stimulated owing to developments in the field of fiber optics and introduction of electricity, which have given a boost to the conversion. The evolvement of photonics has also resulted in a steady increase in the performance of both OPV and OLED technologies. 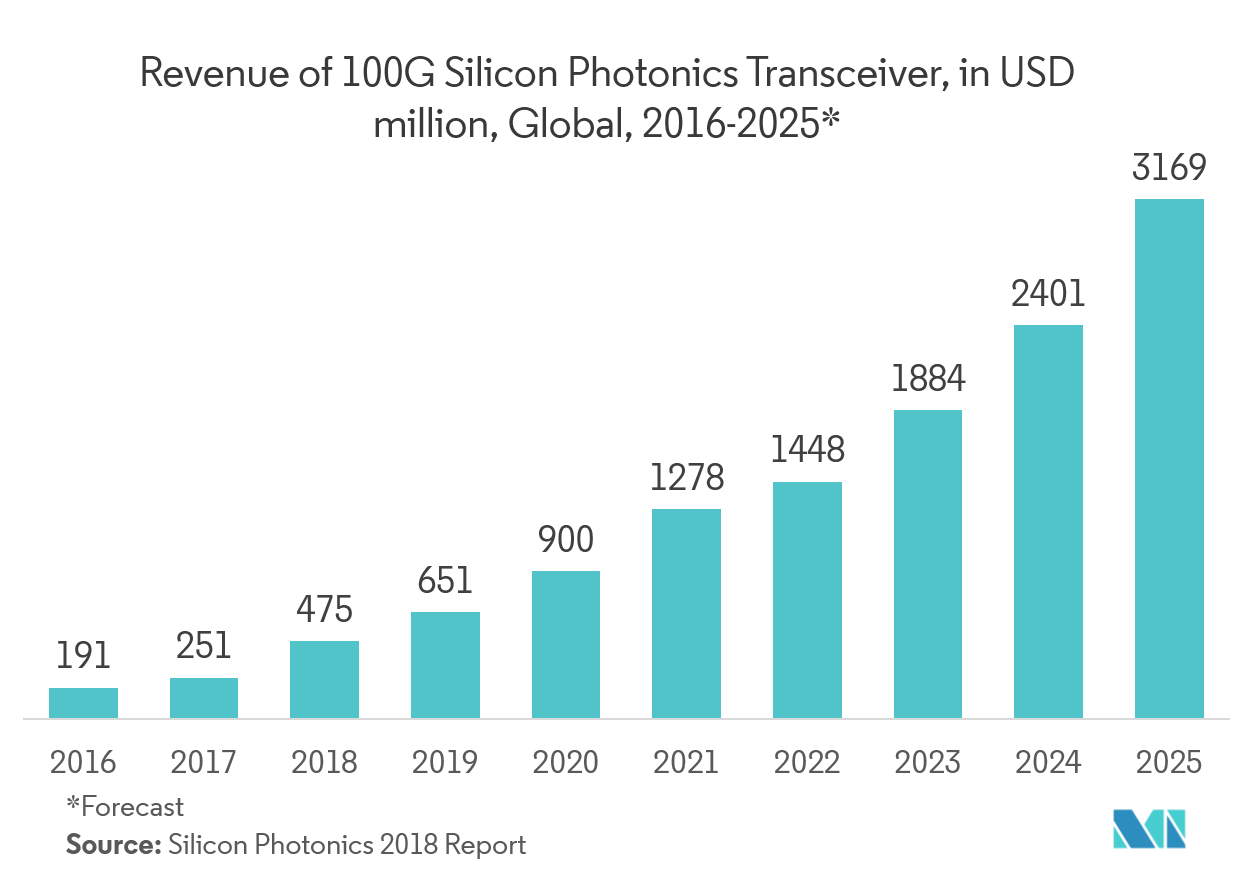 The photonics market is highly fragmented and the major players have used various strategies, such as expansions, new product launches, partnerships, agreements, joint ventures, and acquisitions, among others, to increase their footprints in this market. Key players in the market are Hamamatsu Photonics KK, Intel Corporation, Alcatel-Lucent SA, etc. Recent developments in the market are – 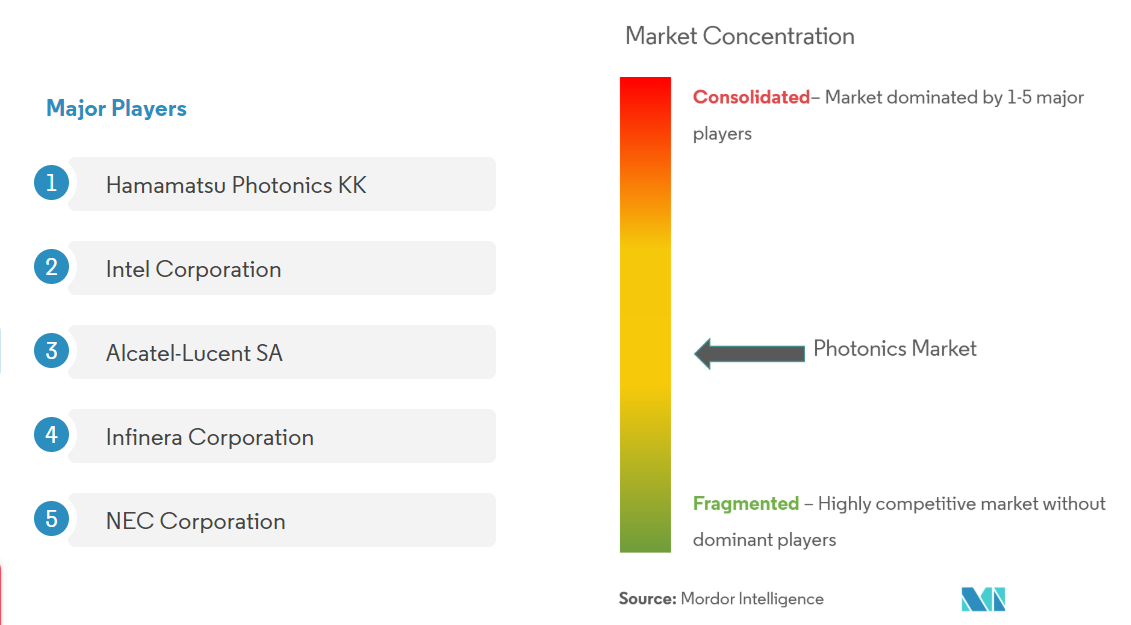